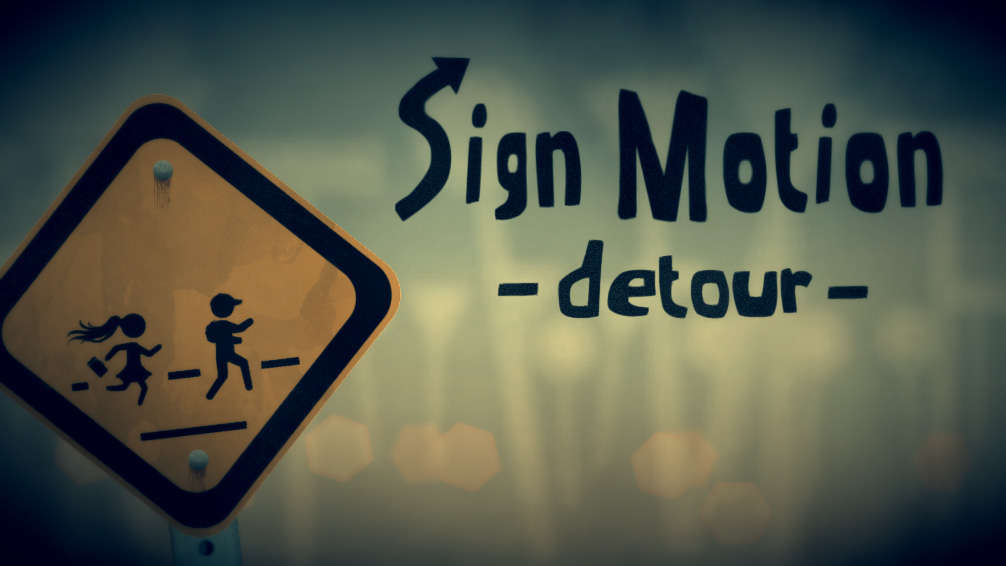 The rebellion of the signs

Platform: Xbox One and others

Sign Motion - Detour is a 2D platform adventure that tells the story of the girl from the school crossing sign on a journey to save her brother.

The game takes the player into the world of Sign Motion - a new world that emerged when the characters realized they could move outside the boundaries of the signs.

Throughout her journey the girl will experience a series of environments with different art, visual effects and gameplay mechanics. She will have to run from dark and polluted streets, dive underwater, float with the wind, ride a motorcycle sign, stealth through dangerous areas and also fight enemies across environment hazards.

As the character progresses through the game, the player acquires new abilities and skills such as melee and ranged attacks as well as gliding, climbing ledges, double-jumping among other powers.

But the story is never bluntly spelled out to the player. Instead, it plays out through silent narrative using animations based on different street signs and symbols along the character's path.

The adventure features a soundtrack by composer Gabe Castro.

The game also has a background ambient sound composed of several channels of road, rain, cars, birds, etc, mixed in real-time for a dynamic atmospheric effect.

All the story, menus and tutorials in the game are made of universal signs and symbols.

The game contains no words except for a few 'One Way' or 'Speed Limit' signs here and there which are part of the scenarios.

Is it a sequel?

Midnart is currently a 1-person studio.

Sign Motion - Detour is not ready yet. But you can keep in touch through twitter or the email above.

I'll be happy to answer your questions/requests. During my previous release, I've answered hundreds of emails and requests from YouTubers and journalists no matter how big or small.

But due to the high volume of spam and impersonators, please:

- If you are a YouTuber, send a message from your account directly to https://www.youtube.com/user/midnart